Eddings' BELGARIAD is exactly the kind of fantasy I like. It has magic, adventure, humor, mystery, and a certain delightful human insight."--Piers Anthony
Long ago, the Storyteller claimed, in this first book of THE BELGARIAD, the evil god Torak drove men and Gods to war. But Belgarath the Sorcerer led men to reclaim the Orb that protected men of the West. So long as it lay at Riva, the prophecy went, men would be safe.
But Garion did not believe in such stories. Brought up on a quiet farm by his Aunt Pol, how could he know that the Apostate planned to wake dread Torak, or that he would be led on a quest of unparalleled magic and danger by those he loved--but did not know...?”

“The master Sorcerer Belgarath and his daughter Polgara the arch-Sorceress were on the trail of the Orb, seeking to regain its saving power before the final disaster prophesized by the legends. And with them went Garion, a simple farm boy only months before, but now the focus of the struggle. He had never believed in sorcery and wanted no part of it. Yet with every league they traveled, the power grew in him, forcing him to acts of wizardry he could not accept.”

“Ce'Nedra, Imperial Princess of Tolnedra, had joined a dangerous mission to recover the stolen Orb that supposedly protected the West from the evil God Torak. And somehow, she found herself feeling quite tender for Garion, the innocent farm boy, who would be forced into the strange tower in the center of all evil to retrieve the Orb by himself.”

“END OF THE QUEST
It had all begun with the theft of the Orb that had so long protected the West from the evil God Torak. Before that, Garion had been a simple farm boy. Afterward, he discovered that his aunt was really the Sorceress Polgara and his grandfather was Belgarath, the Eternal Man. Then, on the long quest to recover the Orb, Garion found to his dismay that he, too, was a sorcerer.

Now, at last, the Orb was regained and the quest was nearing its end. Of course, the questors still had to escape from this crumbling enemy fortress and flee across a desert filled with Murgo soldiers searching for them, while Grolim Hierarchs strove to destroy them with dark magic. Then, somehow, they must manage to be in Riva with the Orb by Erastide. After that, however, Garion was sure that his part in these great events would be finished.

But the Prophecy still held future surprises for Garion--and for the little princess Ce'Nedra.

This continues the magnificent epic of The Belgariad, begun in Pawn of Prophecy, Queen of Sorcery, and Magician's Gambit--a fantasy set against a background of the war of men, Kings, and Gods that had spanned seven thousand years--a novel of fate, strange lands, and a prophecy that must be fulfilled!”

“THE DRIVE OF PROPHECY
The quest was over. The Orb of Aldur was restored. And once again, with the crowning of Garion, there was a descendant of Riva Iron-grip to rule as Overlord of the West.

But the Prophecy was unfulfilled. In the east, the evil God Torak was about to awaken and seek dominion. Somehow, Garion had to face the God, to kill or be killed. On the outcome of that dread duel rested the destiny of the world. Now, accompanied by his grandfather, the ancient sorcerer Belgarath, Garion headed toward the City of Endless Night, where Torak awaited him.

To the south, his fiancée, the princess Ce'Nedra, led the armies of the West in a desperate effort to divert the forces of Torak's followers from the man she loved.

The Prophecy drove Garion on. But it gave no answer to the question that haunted him: How does a man kill an immortal God?

Here is the brilliant conclusion to the epic of The Belgariad, which began in Pawn of Prophecy--a novel of fate, strange lands, and a Prophecy that must be fulfilled--the resolution of the war of men, Kings, and Gods that had spanned seven thousand years!” 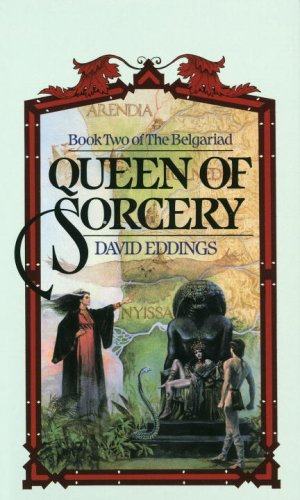 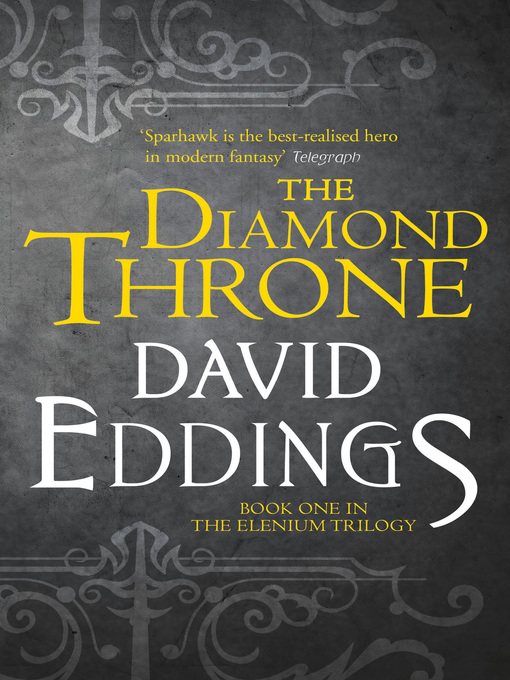